Long time since I’m writing something new. Seriously, Uni is eating my time faster than piranhas can eat my Maths teacher! Anyways, I wanted to comment on an article that Week-End Scope (WES) Magazine published in the 10-16 September issue, on page 98-99.

Nice, catchy title I should say. It talked about two of my top favorite interests. However, what I didn’t like was the interviewees. Quoting a paragraph, “En effet, dès le départ, les geeks ont été considérés comme ‘ringards’, ‘insociables’ et ’boutonneux'”. Quite derogatory I should say.

Seriously? These people have been watching too many Steeve Urkel episodes, and have seriously mixed up the definitions of “geek” and “nerd”. What’s with the bad image geeks seem to have in Mauritius? 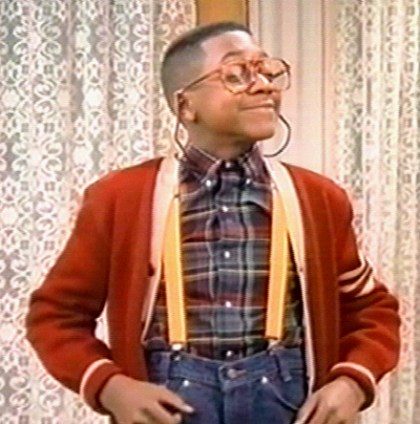 Quoting some definitions off Wikipedia for “Geek“:

For me, a geek is somebody who is highly interested in something, and tends to pursue his or her interests, not some kind of freak that nobody wants to associate with! They just tend to do what they like, more than everybody else. We all have a geek in ourselves, unless you have no passion at all!

I know that, because I’m a geek too. My passions being computers, technology, gaming and manga.

A geek will not stand out in a crowd. They are just normal people, who look like normal people. Ok, they might have a kind of weird jargon sometimes (using ‘lol’ in real-life?), and crack jokes that most people will surely not understand (unless the other person is a geek too, or shares the same passion). But that doesn’t mean that they are anti-social. Do you think the guy below looks abnormal? No? (YES! THE GLASSES!) He’s a famous geek though! He’s cool and richer than Midas. Now, at least! 😀 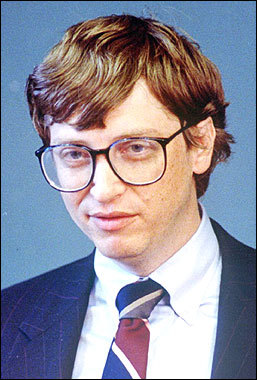 So please, stop thinking that geeks are people with a serious looks problem and lone wolves that stick in their dark corners, peering out at you behind big round glasses behind a high pile of books!

Side-note: The people interviewed seem to have got the definition of “manga” wrong! Manga are books you read, while Anime (short for Animation) are the movies or episodes that you watch. One of the interviewees says “… c’est grâce a l’émission… […] … Dragon Ball, Sailor Moon, Nicki [sic] Larson ou encore Cats Eyes”. These are all ANIMES (although manga versions exist)!

Go get your definitions straight, journalists and interviewees! The purpose of this post? Because I think that some of the people who got interviewed offended geeks like, and I was being vengeful. There, I said it!

Got comments? You know what to do! 😀