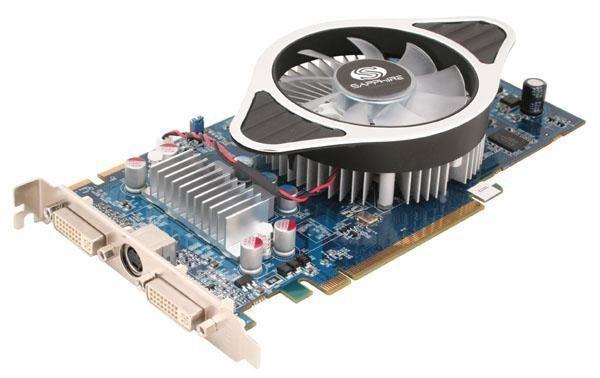 Hello Readers! Been a long time since you heard sarcastic and ranting me, huh? Sorry for the long delays between posts, but hey, I got a life too! 🙂

Well, today, I’m here to write about that device above that’s nearly burning a hole in my casing. It’s my new Radeon 4850 Graphics card, or GPU in the jargon. It’s made by Sapphire, as you can probably read from that fan on top.

I’m not here to do a benchmark of this device. There are plenty of these already floating on the Internet, and a quick Google search should serve you what you want. What’s the point then? Well, it’s just to give you some user opinions about the device in case you want one like that, together with why I bought this particular device.

Firstly, why this card? Why an ATI and not an NVidia? Everybody just says NVidia and Geforce, so why bother with an ATI? Simply because in terms of performance/price, this card rocks. If you go read the reviews, you will then know what I mean.

For the price, around $160 online, Rs.6000 something in Mauritius, you get unbeatable performance, somewhat higher than the Geforce 9800 offers according to benchmarks. And the 9800 retails for even more than that.

I was lucky since a friend of mine bought these in bulk and I was able to get a better price than what would retail in Mauritius, so I went for it.

Installation in itself was a breeze. Uninstall your old card’s drives. Plug it in the PCI-E (PCI Express) socket, connect the dedicated PCI-E power cable, boot and test, install new drivers and I was off. This card, however, required me to change my Power Supply from 450W to 550W, partly because the other was already overloaded, and since there was no PCI-E outlet in the 450W one.

Note that, even if this card is not dual-slot, it takes dual-slot height in your case! Before buying it, make sure you have space.

The Sapphire 4850 does come with a molex-to-PCI-E converter, but it required 2 molex outlets to be turned into 1 PCI-E power inlet. I didn’t have 2 molex free, and this is why I had to fork another Rs.2000 on a Coolermaster 550w power. If you are going to use the molex converters, make sure that you have at least 30A on the 12V rails. At least, that what people have been saying online. This can be checked quite easily, since it is written on the body of the power supply. It’s usually in the form “12V1@20A | 12V2@20A” which basically means you have 40A on the 12V rails.

Now there is a big issue with this particular card, and it’s called heat! Put simply, this card boils! The first versions were particularly bad, with temperatures of 80-90 deg C quite reachable. That’s way too hot for any card, but the card makers said it could handle it. The card yes, but not the other surrounding components in your case! 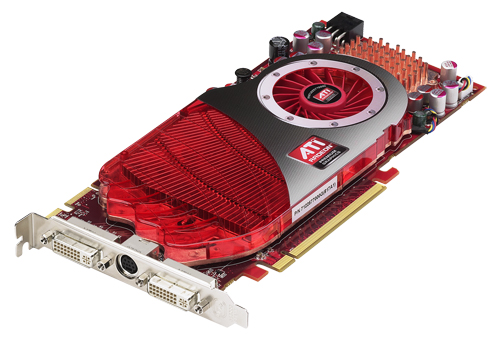 This card has a modified fan and heatsink design which partly solves the problem. To somewhat reduce that problem, I’d advise installing the latest Catalyst drivers. As from 8.11 (I think), ATI includes Manual Fan Control as part of the ATI Overdrive settings in the driver’s Advanced settings. This allows you to set the idle fan speed. 65% seemed reasonable to me, and the idle temperatures of my card is around 50-55 Deg C. Not bad. My Geforce 8600 used to run at 60. Oh, I forgot to mention the 3 120mm fans that run in my case. If you don’t have case fans, the temp would be even more, so keep an eye on the temps.

I use HWMonitor to keep monitoring the temperatures of the various parts of my PC. It’s free and available here. It gives you 3 readings (Min, Max, Current) for a lot of stuff like CPU, GPU, HDs, Case Fans etc…

Under load, and in the high temperatures of the Mauritian summer, the card runs to 75-80 deg C quite easily, and it’s like having a heater in the room. Not particularly pleasant. Now I know why it’s a good idea to have an AC unit in the room where a computer is located! 🙂

Not only heat, it does make quite a lot of noise too. Not really unbearable, but you can definitely hear the fan spinning quite easily, even idle. You probably won’t be sleeping very well with that thing running in your room.

Absolutely astounding! This card is a monster to actual games, with the sole exception of GPU-killer Crysis. Personally, I tested with Farcry2, Crysis and Racedriver: GRID.

I was able to run Farcry2 at Ultra High settings with a reasonable 35-40FPS, with no Anti-aliasing (AA). Just wow! That was a bit too much for me. So I turned everything back to Very High, and put 2xAA. FPS around 40 on average, with a minimum of 30. Ain’t Dunia Engine great, despite FC2 being a relatively boring game?

Next, GRID. Everything on highest settings. Resolution 1280×1024. 2xAA. FPS around 50. FPS I didn’t particularly mind the FPS, which I thought might be a bit higher. However, the in-game graphics were absolutely stunning! The reflections, crowd and environments, were rendered with superb details. Specially the Japan tracks!

I know I raged against GRID in another post, but that was because it was lagging on my PC and not responding to controls! I’d also advise you to remove the motion blur. I cannot play with that thing on.

Finally, Crysis. I kept it last because it’s one hell of a game. Graphics are truly stunning and lifelike. The forests around you feel alive, and so does the environment, wherever you are on the island. Most man-made things are destructible in Crysis and those even serve a purpose: You can blow a building and kill enemies inside! Seriously, the graphics in Crysis are plain wow, and that’s why it’s turned into a benchmark for most reviews nowadays.

On high, FPS goes around 40 without AA, and that’s definitely playable, with good amounts of eye-candy for the environments. Crysis definitely earns its title of GPU-killer.

That’s about it for my opinions post. The 4850 is a great card, but if you have the budget, go for the 4870 which packs even more performance and better graphics in your games. It retails for around $300 or if you want 4870×2 (twice the fun!), then $500 for you. Expensive I know, but if you are an enthusiastic gamer, you will be ready to spend that much. I’m a gamer, but not *that* enthusiastic, so I went for the cheaper 4850 as a cheaper alternative which I recommend if your budget is same as mine. It’s worth its price, take that from me.

However, you must also be ready for the inconveniences, such as the excessive heat and noise, and possibly some more parts changes such as a new PSU probably, or even a new Motherboard!

That’s all for me. Comments awaited. If you have a Geforce 9-series or a Radeon 4850, what do you think about it? What would you recommend, apart for the 4850? What’s currently on your gaming list? Let’s hear it! 🙂