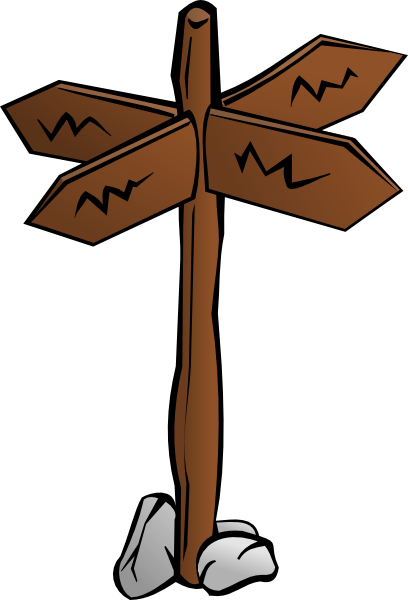 The Mauritius Budget 2015, called “At The Crossroad” has just been presented and I’m taking the opportunity to go over the announced measures this year.

Interestingly, there aren’t as many announcements specifically for IT as with previous budgets. Maybe this is a good thing as most measures tend not to be implemented in the long run after all. Just announcements. Let’s wait and see what happens with this budget.

Building on the apparent success of the Ebene Cyber City, the Government wants to build, or accelerate the setup of 13 such cities at the following regions:

This was one of the biggest announcements of the budget. I like this measure because of the potential decentralisation of Port Louis and other major cities already choked with people. There’s also prospects for job creation and enhancement of localities surrounding such cities.

Also, these cities will need to produce their own resources and be environmentally green as well as providing dedicated and funded areas for the development of arts and culture. What’s not to like?

I just hope they are build. I’ve been hearing about the Highlands Project for a few years now and till now, not a single building is up. Same thing for the so called Jin Fei City, or as it is going to be called now, Riche Terre Project.

Installation of a new submarine cable

This cable will link Mauritius and Rodrigues to the rest of the world.

Not a bad thing overall. More connectivity is always good, except that this measure tends to be recurrent. If it’s not prices that are going down, there is going to be a new cable announced.

The country should have full fiber within the next 3 years. This was mentioned in the National Broadband Policy, which stated that:

So what this budget says is that in 2018, Mauritius should have full FTTH connectivity. Actually, this is very probable, considering the speed at which Orange is deploying its fiber network. The other networks are currently lagging behind but they may pick up speed too. There’s no mention of connectivity speed in the budget, so we’ll have to wait and see.

Another unaddressed issue is that of capping. In the US, the FTC has recently announced that ISPs will be treated as common carriers – they will not be able to discriminate between services and destinations. That is, they cannot throttle a service to promote another. The issue of capping should also be addressed here in Mauritius. While I agree that the capping measures imposed by Orange on the new FTTH packages are fairly reasonable, they should be reviewed with respect to new services. If ever Netflix were to go global, you’d eat through that 50GB cap very fast.

Young people will get retrained

The Government is investing in a scheme where young jobless people can get retained at the University of Mauritius, at up to Rs.80,000 cost. This measure is meant to decrease the number of “gradués chomeurs”, currently estimated at 3000. The University will offer tailor-made courses.

This will certainly please the BPO sector who have been shouting about needing specialized labour instead of what the universities are currently producing. I disagree with this. A university shouldn’t produce custom-made workers for BPO. Instead, they should be generalists in the field of IT, being able to work anywhere. It’s the job of BPO companies to provide specialized training to people they hire. They just want to cut costs and get Government to do this training, although HRDC already refunds training for a number of cases.

This measure somewhat mitigates the problem while allowing universities to form generalists but also providing tailor-made specialist courses as required by IT companies in Mauritius. This is an acceptable compromise I suppose.

Also, the ICT Skills Development Programme will be extended to train unemployed youngsters.

Not a bad thing. However, with the rapid increase in mobile Internet speed (4G?) and lowering costs, I wonder if free Wifi hotspots are still much required.

Funny enough, the budget does not address the lack of Wifi in schools for use with those free, government-provided tablets.

Removal of the 10 cents tax on SMS

Not much to say here. Cheaper SMSs. In the age of Facebook Messenger and WhatsApp, SMS are still an expensive luxury here. A decrease in the cost is always much appreciated.

This is a double-edge sword. The measure is meant to encourage big global ICT players to settle in Mauritius. This is good.

However, this also opens the door for companies to bring in cheap labour from countries like India. Already, we have 3000 unemployed graduates, do we now want to bring in foreign labour for IT? I’m not so sure. Look at Australia. There are problems where the job market is being filled with cheap labour, leaving Australians jobless and causing unnecessary tensions between people. We want to avoid such things happening here.

There is the prospect that the foreign workers will be better qualified than Mauritians here, which could increase the skill base and encourage people to work in IT.

I’d have set the quota to around 500 workers to make sure only the biggest of companies can hire foreign labour. 100 workers seems very low.

That’s about it for the IT-specific measures in the Budget 2015. There are a few measures which I would have liked to see, such as integrating IT into the transport system of Mauritius, more eServices and integration of more documents into the National ID card but I guess we’ll have to wait for those.

What are your views on the IT aspects of the Budget 2015?