If you are not aware of it yet, it seems that The Pirate Bay (TPB) is up for sale, and as already acquired a potential buyer in the name of the Global Gaming Factory X AB (GGF). The price tag was set up at $7.7 million. What now follows is my personal opinion on the matter.

I think that, if TPB is indeed sold, it’ll mark the death of a symbol in the fight against major labels, Hollywood and whoever wants to make the most money out of customers as it is possible. TPB was a major fighter, often disgracing the people who intended to bring it down. By TPB, I mean the collective running the site, including Peter Sunde. On its website, it often mocked their legal threats and did not take any actions to comply in any way whatsoever. People saw in TPB, a revolution, a rebellion. They took TPB’s side, and identified themselves with the tracker. They wanted content cheap or free, and TPB could provide it. TPB getting sold means that these folks lose their avatar.

However, TPB going down does not mark the end of piracy on the Internet. Torrents are small files, and as TorrentFreak says, one can simply move all the torrents to another tracker, and a clone of TPB would have been born. Technically yes, another TPB would have risen. However, the black-sails-pirate-ship symbol that many associate with piracy nowadays will be gone. I bet that the labels are already rejoicing and are eager to do business with GGF! Wherever there’s money to be made, you will find labels and the usual guys.

GGF wants to make TPB into a legal venture, which instantly defeats the philosophy of the site, that is promoting illegal file-sharing; an image that it has painstakingly preserved over the years. The ship was battered, but never sunk even in a deluge of legal threats. No label, no Hollywood firm could claim the head of the tracker. Seems GFF will be able to, soon.

As if this was not enough, GGF has even more plans for TPB. It plans on taking over the 20 million plus users of the tracker. How? By monetizing the uploads and downloads. Sounds familiar? This is exactly what “legal napster” tried to do, and if you don’t know how it ended, better check it out. In a few short words:no MP3s, DRM.

What will happen to TPB? I don’t know. It depends on how things turn out. There are a number of possible outcomes, the most prominent ones being that the site becomes even more popular with users. Seeders get paid to upload the content they just downloaded (the content they PAID to download). Artists and others get paid to put their content on the tracker. And the site makes money via advertising. Basically, it’s all about money. Think iTunes, but using Bittorrent technology. I guess that is what GFF wants to make TPB into.

The other, darker alternative is that the bulk of the faithful users of the sites move on to other trackers, or another tracker rises to claim the rank of TPB as No.1 notorious tracker, and acquires the users of TPB. This one seems most plausible to me. I don’t think that people who were used to get stuff for free at TPB will now want to pay to get it. They’d just prefer to move on to some other tracker. Not that there’s a scarcity of those anyway.

Also, this sale does not concern the by-products that TPB spawned, most notably, that Youtube alternative that TPB staff were talking about launching recently.

Now, the first part may have sounded a bit dark, but alternatively, there may be an upside to this story. It may be that the Industry has finally seen the light and have acknowledged the Bittorrent technology as the future of media distribution, and will adapt to it, instead of trying to fight it. This too, is a possible outcome of the sale. The problem in this is whether people will stick it it. But I guess that if the price is right, the service will manage to find customers.

Moreover, ISPs will probably want a role in this scheme too. Which ISP wouldn’t like to see Bittorrent traffic reduced on its network. If the content is legal, they may introduce local caching for the most accessed files, which in turn reduces international traffic and boosts speed for users.

I don’t want to sound negative, but I believe that the “darker” outcome is the one most probable. Already, a number of users are demanding that their accounts be closed at TPB, if the sale concludes. This shows that TPB users don’t actually want to buy content. They want it for free: they want it the way TPB has always provided it. And free cannot be beaten by any offer whatsoever.

For now, let’s just stand by and watch what happens. If TPB goes, it’s a symbol destroyed. It’s as if a general is killed in battle, but is in no way the end of the war. Others will replace it, just as Oink was replaced. Just like Kazaa was replaced by Torrents. If the sales is indeed concluded, the TPB war would have ended, but the people behind it would be $7.7 million richer to fight their legal battle, and possibly buy Sealand? Or some other small island and build their own pirate colony? Who knows where this matter is going. 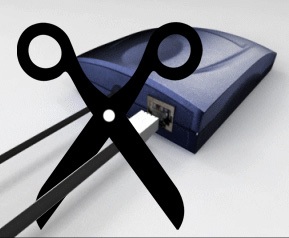 France wants to step up the pace of war against piracy, by adopting a new law that will make it possible to ban users from using broadband Internet for up to a period of one year.

The new law would make use of a 3-chances policy, and after you are caught downloading illegally for 3 times, you are barred form using the Internet. As simple as that. Quite a radical measure you might say, considering that till now, people were only threatened or advised not to download illegal material off the Internet.

Now, as I said, the French authorities want to literally keep you away from the content you so much want to download, whether you like it or not. And apprently, this new law seems to receive support from the French president, Nicholas Sarkozy.

Why am I blogging about this? Just take a look at who is our main ISP is. Orange. Any bells ringing yet? No? French ISP then?

Yep! Orange is a French ISP, and if this law is actually accepted in France, and if all French ISPs are to sign it, I believe this would include Orange.

Now, I’m not really sure how this would work, but is there a risk that Mauritian Internet users will be affected too?

I don’t know. I’m no law student. But if anybody can bring any clarity to this matter, your comments are most welcome.

I wonder what would happen if somebody happened to be leeching off their neighbour’s wireless connection and downloading illegal content, and the connection owner gets caught. Who goes down? The owner or the leecher?

I personally think these “repressive” ways will not end piracy. Waging war on your own customers is never great. In my opinion, offering better content, more content at affordable prices would really tempt customers away from illegal downloading. If only “download all you can” for a reasonable price ($10/month?) existed, it would be real bliss.
Cheap prices, availability of extra content and services and total freedom. I believe this would be what an average customer like me would ask for. Not much huh?