More lies and debunking them! You really have to see those two links.

Among the most interesting ones:

Internet Explorer 8 passes more of the World Wide Web Consortium’s test cases than any other browser.

Can’t Microsoft be prosecuted for spreading lies like that? It’s almost offensive to web-developers!
(ends here)

I recently mentioned that Internet Explorer and Microsoft were afraid of other browsers. Remember that 10k competition thing?

Well, Microsoft has done it yet again! Only this time, it’s a lot more funny and weird. And the amount of lolz just got way higher! See for yourself! And the Digg source. 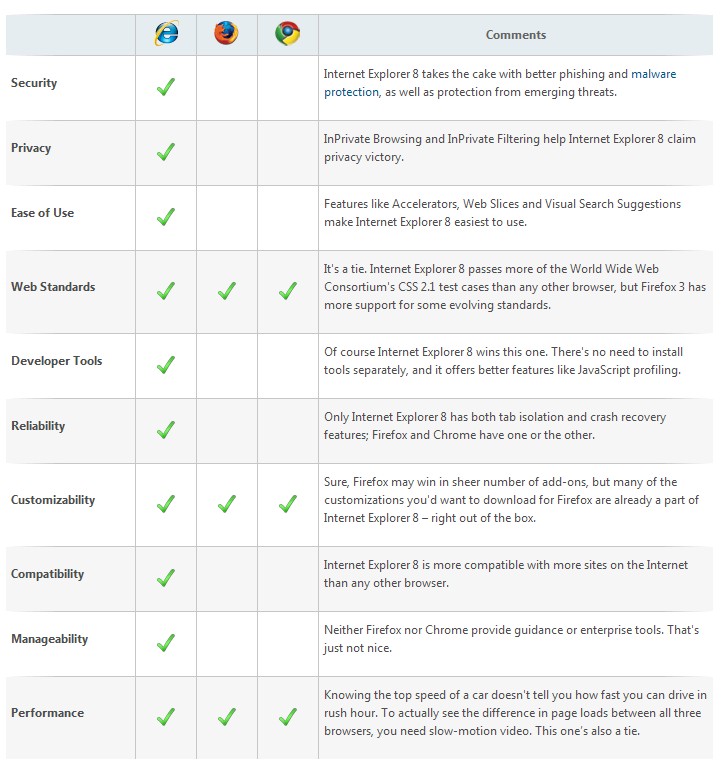 Seems TechCrunch is poking some fun at IE8 too!